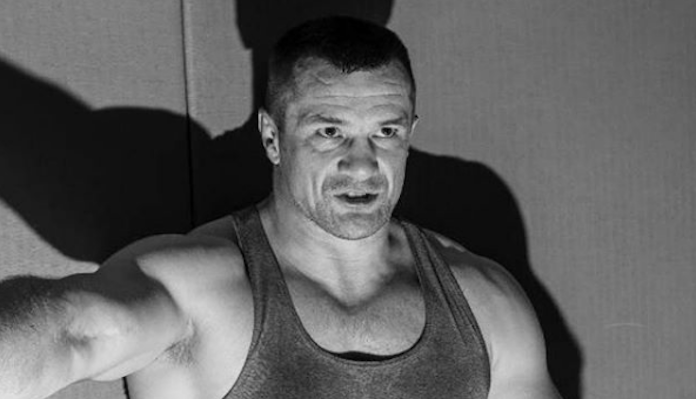 Though he’s floated retirement plans several times over the last few years, heavyweight legend Mirko “Cro Cop” Filipovic still hasn’t hung up the gloves. And from the looks of it, that won’t be changing any time soon.

After several bouts in the Rizin cage, the Croatian knockout artist recently dropped a pretty serious hint that he could be moving to Bellator MMA.

Cro Cop made this hint on his social media channels. See it below.

The remaining fighters in the Bellator heavyweight Grand Prix are: Chael Sonnen, Matt Mitrione, Frank Mir, Fedor Emelianenko, Ryan Bader and Muhammed “King Mo” Lawal. The alternates announced so far or Javy Ayala and Cheick Kongo, though promotional president Scott Coker has said he might involve to more alternates, which would seem to leave the door wide open for a Cro Cop signing.

Though Cro Cop has recently been talked about like a fighter on the way out, he’s actually on an impressive eight-fight streak over some decent opposition. After two wins over Satoshi Ishii, he resigned with the UFC, where he avenged the worse loss of his career by stopping Gabriel Gonzaga with third-round elbows. From there, the heavyweight legend left the UFC, picking up wins over Hyun Man Myung, “King Mo”, “Baruto,” Amir Aliakbari and Tsuyoshi Kohsaka. He is now 36–11–2 overall.

Do you think Mirko Cro Cop will sign with Bellator MMA? How do you think he would perform in the promotion? Join the conversation in the comments section.