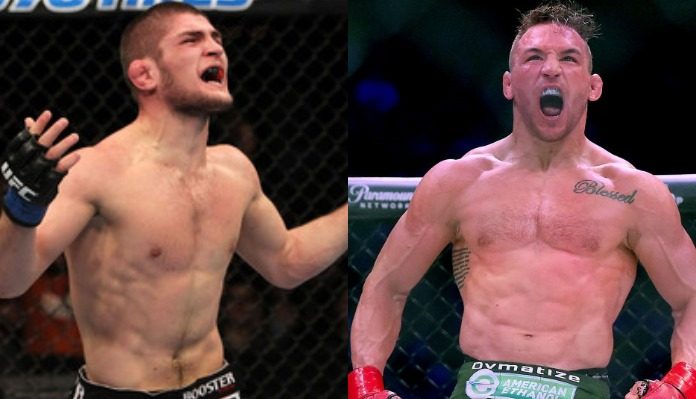 The lightweight division could not be interesting right now. The undefeated Khabib Nurmagomedov now sits on the UFC lightweight throne, while Tony Ferguson recovers from surgery, and Conor McGregor adds an ever-present asterisk to the lightweight title situation. Then there are dangerous UFC lightweight contenders like Dustin Poirier, Eddie Alvarez, Al Iaquinta, Kevin Lee, and Edson Barboza. And of course, there are the countless top lightweight talents who currently reside outside the UFC, like Bellator staple Michael Chandler.

Speaking on MMAJunkie Radio this week, Chandler delved deep on the state of the lightweight division. While he’s certainly paying attention to the goings-on over in the UFC, however, he has no intention of leaving Bellator when his current contract wraps up.

“I have no intentions of leaving Bellator,” Chandler said (transcribed by Fernanda Prates of MMAJunkie).

While Bellator is likely to remain Chandler’s home for the time being, he feels that he could perform very well against the best fighters in any promotion—including the new UFC lightweight champ Nurmagomedov. In fact, Chandler feels he would best the undefeated Russian 100% of the time.

“That’s the thing: From the outside perspective, people always think, ‘Bellator, UFC, ONE FC, blah blah blah,’” Chandler said. “I don’t think about promotions, I think about the guys. How do I match up against Khabib? How do I take exactly what Al Iaquinta did, except with my wrestling, and my striking, and my wrestling offense and defense.

“How I would nullify his takedowns, how I would even take him down, how I would get in his face, and how he would finally have somebody put hands on him and hurt him like Michael Johnson did? I think that picture has been painted a couple of times, of how to beat Khabib. And I think I beat him 10 times out of 10.”

What do you think of Michael Chandler’s take on the current lightweight landscape, and on Khabib Nurmagomedov?