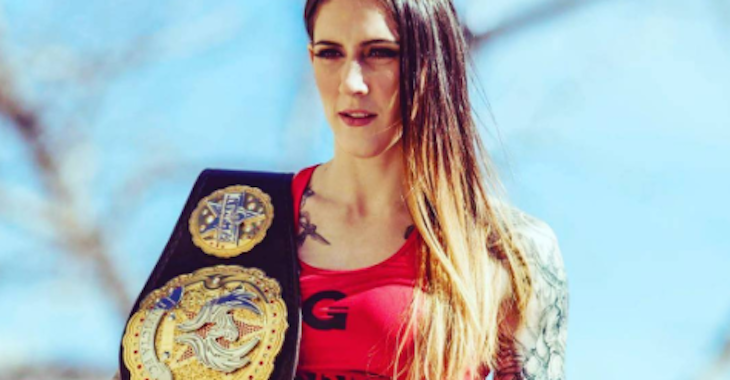 Unfortunate news struck the mixed martial arts world tonight as ESPN’s Brett Okamoto reported that Megan Anderson (8-2 MMA) had been forced to withdraw from her scheduled UFC title shot opposite Cris Cyborg (17-1 MMA) at UFC 214 due to personal reasons.

“Due to personal issues, Megan Anderson has been forced to withdraw from her UFC 214 bout against Cris ‘Cyborg’ Justino on July 29,” a UFC official stated.

Shortly after the news broke, Megan Anderson took to social media where she issued the following statement regarding her sudden removal from the July 29 fight card. Hopefully everything works out for Megan Anderson.

The good news for UFC 214 is that the promotion has managed to keep Cyborg on the fight card and that Cris will still get the opportunity to fight for the UFC’s vacant featherweight title.

The UFC announced that the Brazilian star has been booked to fight current Invicta bantamweight champion Tonya Evinger (19-5 MMA) on July 29 in Anaheim, California.

Tonya Evinger was most recently seen in action this past March, where she scored a second-round submission victory over Yana Kunitskaya. Evinger has recorded 15 finishes in her 19 career victories.

What do you think of the newly announced title fight for UFC 214?