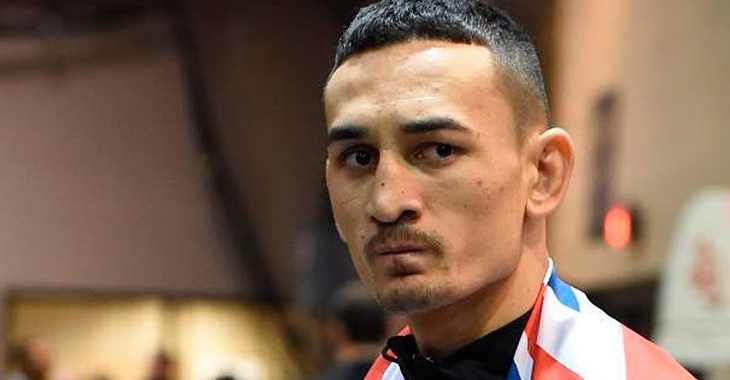 The current king of the UFC’s 145 lb weight class is the Hawaiian superstar, Max “Blessed” Holloway. He currently rides the best winning streak in the UFC with twelve straight victories. Holloway has fought exclusively inside the featherweight division and at only age twenty-six has established him as one of the greatest of all time in the class.

However, the champ may not remain a 145er forever as he discussed the possibility of moving up to the lightweight division on a recent episode of The MMA Hour.

“If they change a few things around, I’m probably not going to be able to make 145. If it happens, it happens. If UFC keeps making new rules, I most definitely might have to step up. There ain’t no denying it. Everybody is talking about being champs and this and that. I’m a champion in my mindset. I’ve told you before, I’ve got nothing but time on my side. Man, you might see me with two of these gold belts. Who knows? I’m trying to be a legend.

It’s just UFC with all this USADA, the policing of the weight cuts, you’ve got to be a certain weight when you’re checking in and blah blah blah, all of that medical stuff, that’s what I mean. If they start adding more medical stuff I probably would move up. Every time I check my weight they’re in disbelief, but I’m like, ‘I’ve never missed weight in my life.’ I don’t know why they’re giving me a hard time, but medically if they’re the rules, then medically I probably won’t be able to make it because of their rules with the [weight] cuts. 155 might come sooner rather than later, so we’ll see what happens. I’m a big boy for featherweight, so 155 is going to happen. Sooner or later, we don’t now when, we’re just waiting. But when the time comes, it comes.”

Holloway is indeed one of the bigger and taller featherweights as he stands at 5’11”. Matter of fact, Holloway’s next title defense will come against one of the lightweight division’s greatest champions, Frankie Edgar. Edgar has only lost to former 145 lb ruler and all-time great, Jose Aldo in the division. The two are set to meet at UFC 222 on March 3.

How much longer do you think Holloway will compete at 145 lbs?