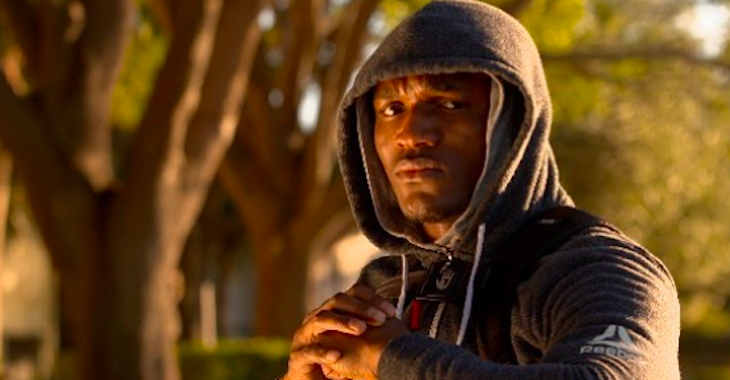 Kamaru Usman wants to fight Colby Covington. At this point, that’s no secret. Apparently, however, Usman is getting tired of waiting for his fellow welterweight contender to oblige him.

On Monday, “The Nigerian Nightmare” once again called out his rival, this time challenging him to a showdown at UFC 224, which goes down May 12 in Rio de Janeiro, Brazil – a nation packed to the edges with Covington haters. Apparently, if Covington doesn’t answer Usman’s calls this time, Usman will never entertain the idea of fighting him again.

Dana I’m tired of waiting on this kid @ColbyCovMMA I’m free & he’s free. If that scared little bitch doesn’t take the fight this time, I will never give him the opportunity again. @danawhite @seanshelby @Mickmaynard2

“Dana, I’m tired of waiting on this kid [Colby Covington],” Usman said in a Tweet directed at UFC President Dana White and the promotion’s matchmakers Sean Shelby and Mick Maynard. “If that scared little bitch doesn’t take the fight this time I will never give him the opportunity again.”

“Dana [Usman vs. Covington] in Rio,” Usman added in a subsequent Tweet. “Let’s make it happen.”

To remind, the widespread ill-will for Covington in Brazil stems from the fiery post-fight speech he unleashed after defeating Brazilian legend Demian Maia in 2017. In this speech, Covington referred to the country as a “dump” and it’s people as “filthy animals.”

With his win over Maia, Covington extended his win-streak to five-straight, and claimed the number-3 spot in the perilous UFC welterweight rankings. In the eyes of many fans, he’s the most deserving man of the next shot at champ Tyron Woodley.

Does a fight between Kamaru Usman and Colby Covington interest you, or would you prefer to see these welterweights in other matchups?