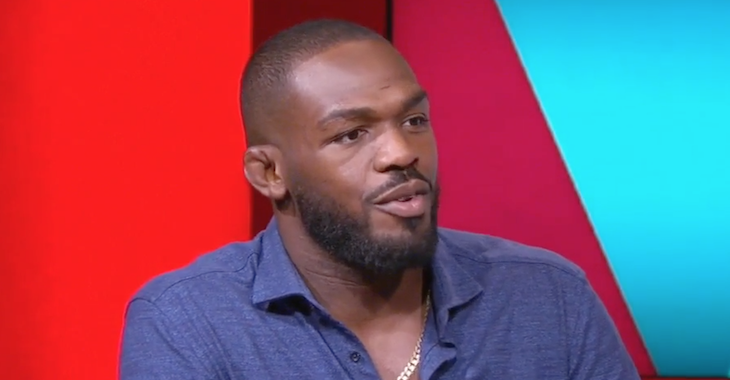 Former UFC light heavyweight champion Jon Jones has been very open about his past battle with addiction, and his pride in now being sober.

Despite his past battles with addiction, Jones reigned as the youngest UFC champion in the history of the promotion for nearly five years as he dispatched of top ranked contenders such as Daniel Cormier & Alexander Gustafsson, while also defeating MMA veterans such as Rampage Jackson and Lyoto Machida.

Jones, who never lost the UFC light heavyweight championship inside the Octagon, was recently cleared of intentionally taking performance enhancing drugs earlier this year after it was determined that his failed drug test prior to UFC 200 was the result of a tainted supplement. With seven months left on his suspension is lifted on July 9th 2017, the light heavyweight champ took some time to join UFC commentator Joe Rogan on The Joe Rogan Experience to discuss his career, as well as his future in the sport of MMA. In an shocking admission, Jones revealed that one week prior to every fight, he would get blackout drunk so as to have an excuse in case he lost:

“I had this crazy thing that I would do where I would party one week before every fight,” Jones told the UFC color commentator. “And I did it throughout my whole career. And it was stupid, but it was this mental crutch that I had.”

“I literally would, one week before every fight,” Jones said. “I would go out and I would get blacked out wasted. And my logic was, if this guy were to beat me somehow, I can look myself in the mirror and say, the reason I lost is because I got hammered the week before the fight.” Jones then reflected on his fight with Alexander Gustafsson at UFC 165 in a ‘Fight of the Night’ performance which saw Jones retain the title. Despite that, there was no denying that the fight was the toughest of Jones’ career. He reflected on the bout, saying:

“I trained for the fight, but I definitely had this thing where I felt invincible,” Jones said. “And I did a lot of wild stuff leading up to the fight. I definitely didn’t give it my all. Really partying, drinking, staying up all night.”