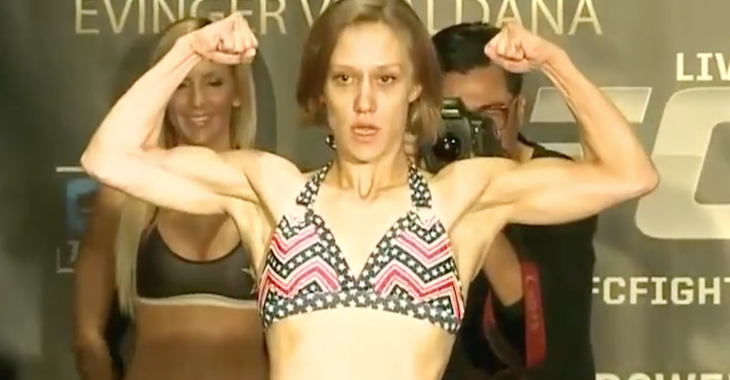 Irelands own Catherine Costigan took on Amber Brown in the third fight of the night.

Right away they clinched up and Brown got double underhooks. She took the fight down right away with a trip and moved right in to full mount. Brown kept the position and stayed close to the body of Costigan. Brown postured up and started landed shots.

Costigan didn’t do much as far as trying to get out. Brown goes for an arm triangle, but let it go. Brown started unloading big elbows. Costigan rolled and gave up her back. Brown pounded her with punches, then locked up a rear-naked choke very quickly. It was tight and Costigan was forced to tap.

RESULT: Brown wins via submission at 3:37 of round 1