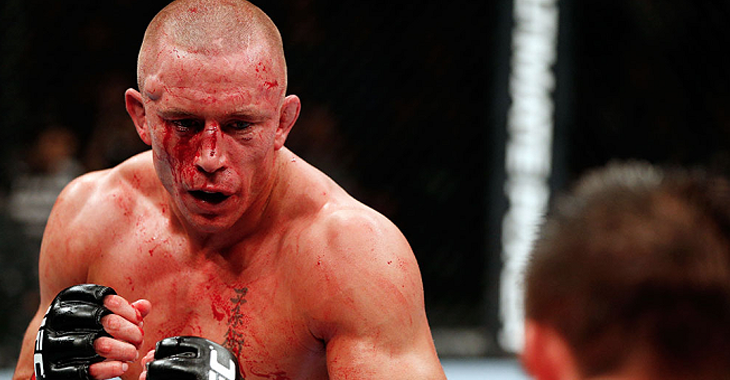 Shortly after he won the UFC middleweight title with a third-round submission of Michael Bisping, Georges St-Pierre vacated it, citing an ongoing battle with colitis and uncertainty about his fighting future.

Since then, there has been widespread doubt as to whether the MMA great will ever fight again. According to his head coach Firas Zahabi, however, St-Pierre is likely to return if he’s offered a fight that interests him. Apparently, there are a few names that stand out to that end – one of which will definitely surprise you.

“I think Georges is gonna get better, get back in the gym,” Zahabi told TSN over the weekend (h/t MMAFighting.com). “He’s gonna feel his body out and see what he wants, what’s the most interesting, epic fight out there. Mayweather? [Conor] McGregor? We need a mega-fight.”

“Georges will come back for a big, exciting fight.”

Zahabi then offered a message to St-Pierre’s critics:

“Has he helped grow the sport or hurt it? He’s helped grow it. So a lot of guys making bigger paydays and bigger purses, bigger bonuses, why? Because of the company and the great fighters, not just Georges, all these great fighters and the company. It’s a relationship. We’ve got to respect the company, we’ve got to respect all the fighters, you’ve got to respect all these big names making the way. You’re gonna see, in the future, these guys are gonna sign rookie contracts, first year in the UFC, million-dollar contracts. But why? Because of all the greats that came before.”

Do you think Georges St-Pierre will ever fight again?