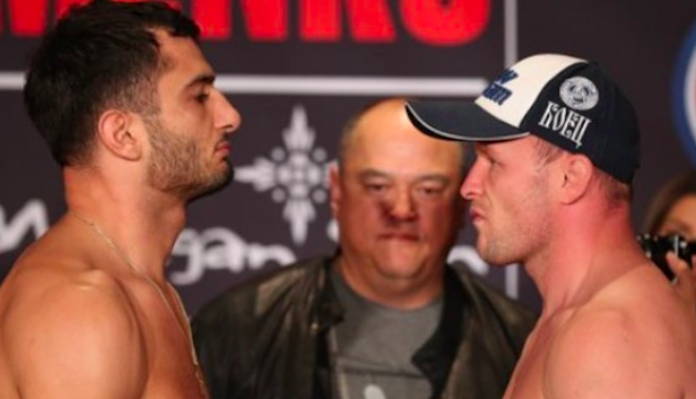 Back in October, former Strikeforce light heavyweight champ and UFC middleweight contender Gegard Mousasi made his anticipated Bellator debut opposite the dangerous Alexander Shlemenko. Though many fans expected Mousasi to walk through Shlemenko, it was ultimately a very close fight, as the UFC vet braved a brutally swollen eye to capture a controversial unanimous decision win.

In a recent interview with MMAJunkie, Mousasi divulged that the eye injury he sustained in this competitive fight was far more serious than anyone new.

“They brought me [the the hospital] with the stretcher,” Mousasi said. “I wasn’t able to move. I had my doctor with me. I had my other doctor, that did my knee surgery. They were talking about my eye; I thought I’d lost my eye. For a long time, it wasn’t certain what was wrong in my eye.

“People don’t see those parts. It was a tough time, I can tell you that. Still, sometimes, when I look in the mirror, my eye shape is a little bit different. And yeah, it bothers me. But this is fighting.”

Given the brutal fallout of this fight, Mousasi isn’t happy with the fans who argue Shlemenko should have been awarded the decision.

“To these people that say I lost, I can tell them I will never give Shlemenko a rematch and they can suck it,” Mousasi said with a laugh. “I’m going to take this victory to my grave and I don’t care. I won. Like I said, the guy is tough. I’m fighting the champion next. People don’t know him that well, but he’s the champion for a reason.

“Sometimes, fans, they’re not well-educated. Sometimes, they’re children, I don’t know. They look like 14-year-old people that write on social media. I don’t know how seriously I have to take that.”

Gegard Mousasi will return to the Bellator cage at Bellator 200 on May 25 in London, England, where he will battle dangerous middleweight champion Rafael Carvalho.