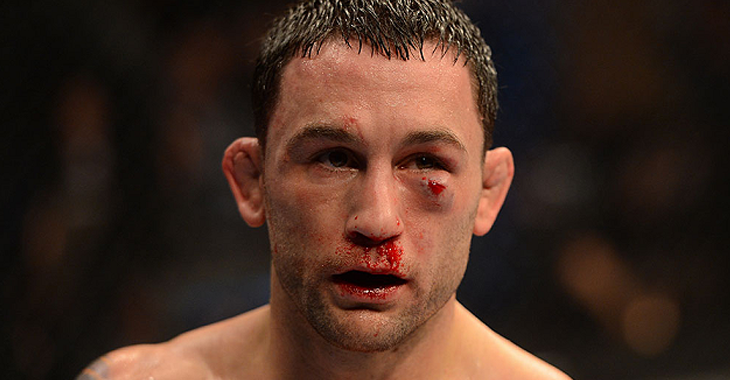 If things had gone according to the original plan, former UFC lightweight champion Frankie Edgar would be challenging Max Holloway for the UFC featherweight title in the main event of the upcoming UFC 222 card. Regrettably, an injury forced Holloway out of this planned fight, which left Edgar without an opponent.

After several frantic days of searching, the UFC was able to find Edgar a new opponent in surging UFC featherweight contender Brian Ortega. The pair will fight in the UFC 222 co-main event. Unfortunately for Edgar, no title will be on the line. Not even an interim title, which the UFC seems to hand out like candy on Halloween these days.

Speaking on Monday’s edition of The MMA Hour, Edgar explained his choice to accept a short-notice, non-title bout with the dangerous Ortega. Apparently, it all came down to wanting to fight.

“Man, I haven’t fought since May [of 2017]. I just didn’t want to wait,” Edgar said (h/t MMAFighting.com). “Time’s ticking and I want to get in there. Last time I got [hurt], I think, three weeks before the fight, so I have a bunch of camps under myself and no fight to show for it, so I just want to go in there and put my skills to use. I only get paid if I fight, so I definitely want to get in there.

“He’s game. He’s about as game as it gets,” Edgar said of Ortega. “He’s not scared to sit there and throw with the best of them. He’s got a very slick guard, dangerous jiu-jitsu game. So he’s a dangerous opponent and I’ve got to give him credit to jump on this fight on short notice. But I think he got a new contract, he could take my spot, so he has a lot of things on the table that could get going for him too.”

How do you think Frankie Edgar will perform at UFC 222?