The 24-year-old phenom recently sat down with BJPENN.com’s Chris Taylor where he discussed a number of different topics including our namesake BJ Penn.

Taylor asked Rodriguez to talk about his most recent fight with the UFC legend and asked Yair if he and BJ have spoken since their scrap in Arizona.

“I respect BJ (Penn) a lot man. Like I said before, that guy is a legend man. I grew up watching him fight and I really respect him. We did speak since the fight. He told me congratulations on getting this fight (with Edgar) and to do work at UFC 211. I feel like BJ is just very real man. He is very honest. A nice guy. Even before, when I first met him at the gym and he didn’t know me back then. You know how they say first impressions mean a lot. Well BJ was very nice to me and we trained a little bit together and he was just such a nice guy. I went and talked to BJ right after our fight and he told me ‘No disrespect, this is all part of the game’. I said ‘I know,’ and then I told him ‘I really look up to you. To me you are one of the greatest of all time and I respect you a lot’. So everything is all good between us for sure.” 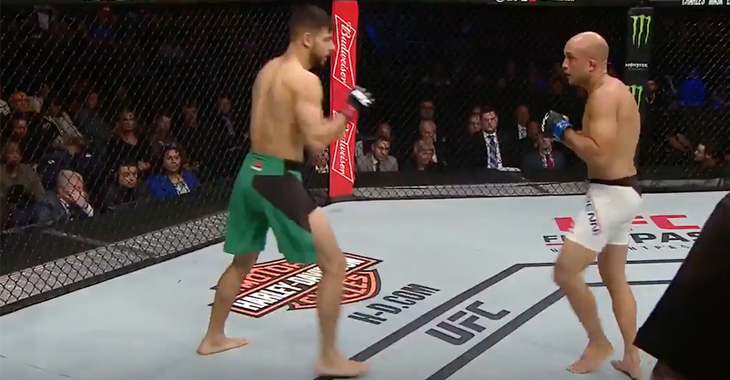 Penn will return to the octagon this June in Oklahoma where he will square off with fellow veteran Dennis Siver. Taylor asked Yair what he thought of the Penn vs. Siver booking and if he believes BJ should continue fighting.

“Well, I felt BJ was really strong in the cage you know. He punched me a couple of times where I thought to myself ‘Wow this guy is really strong’. BJ still has that fire in his heart and in his eyes. I saw it. I think he is going to do very well against Dennis Siver. I am picking BJ to win, of course.”

“As for BJ’s future, I mean it is not my choice to say if BJ should stop fighting or whether he should keep going. That is up to him. It is totally up to him. Nobody can ever tell him that. I just wish him all the best you know.”

This article appeared first on BJPENN.COM
Previous articleEddie Alvarez explains why he picked Dustin Poirier to fight at UFC 211
Next articleRory MacDonald doesn’t believe it will be “a bad thing” if his fight with Paul Daley stays standing
© Newspaper WordPress Theme by TagDiv