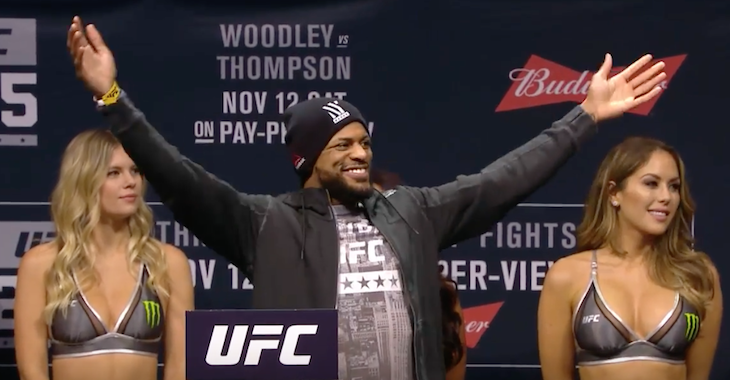 Top-10 UFC lightweight Michael Johnson has not been seen in the Octagon since November of 2016, when he succumbed to a third-round submission dealt by undefeated Dagestani star Khabib Nurmagomedov. This, however, is not for lack of trying.

Having recovered from his loss to Nurmagomedov, Johnson has been eager for a return to the cage for some time. Unfortunately, he’s had a very difficult time finding a willing dance partner. On the latest edition of BJ Penn Radio, Johnson explained that he believes this is because many of the UFC’s top lightweights are reluctant to take tough fights.

“It’s been just a lack of opponents, I guess,” Johnson said of his recent inactivity. “Nobody’s really wanting to fight tough fights. Everybody’s wanting to pick their fights and pick and choose. I think like two or three fights got booked with guys that I was willing to fight, and now they’re fighting each other. So I’ve just gotta sit back and wait and see who signs the next contract.”

“I wouldn’t call it ‘ducking’,” Johnson continued. “I just think people don’t want tough fights at this point. Everybody’s trying to wait out for a big money fight or something like that. People are being a little bit too choosy right now.”

While Johnson is having a difficult time finding an opponent, he did admit that Evan Dunham is being considered as an option, and that he’d be happy to fight the disgruntled Al Iaquinta if the bout was offered.

“We’re waiting to hear back from a few people,” he said. “I think that [Evan] Dunham came across the list for International Fight Week. So we’ll see how that plays out in the next few days.”

At the end of the day, of course, Johnson is just hoping a ranked opponent will sign on the dotted line in the near future.

“It has to be somebody that’s up towards the top of the list,” he said. “I don’t need to fight anybody that’s too far down the list. I’m still at the top of this division. But you know, everybody’s tough. The top-20 in this division are all tough, so I’m just looking for a good fight.”

Who do you want to see Michael Johnson fight next?