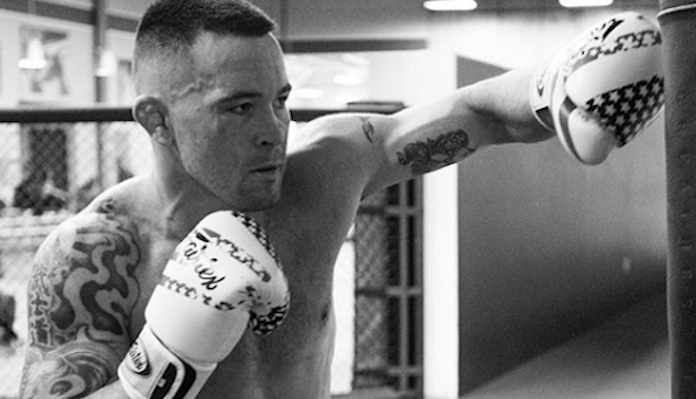 Ever since he defeated former title challenger Demian Maia in October, Colby Covington has felt he is the welterweight division’s number-one contender. Unfortunately for him, the UFC seems to be leaning in the direction of Rafael dos Anjos in the search for champion Tyron Woodley’s next challenger.

“I don’t get why UFC wants to do RDA-Woodley,” Covington said on the latest episode of BJ Penn Radio. “I mean, RDA is 3-2 in his last five. Last five fights, I’m 5-0, so RDA was just getting melted by lightweights last year. Eddie Alvarez. The guy’s a complete bum. He’s just looking to piggy back and get one more fight, then he’s out of the game man. And that’s what these guys don’t understand. I’m the future. These guys are all old, at the end of their careers. I’m just getting started. I’m just getting warmed up. You haven’t even seen my potential yet.”

If the UFC does end up booking a Woodley vs. Dos Anjos fight, Covington is prepared to accept a fight with former two-time welterweight title challenger Stephen “Wonderboy” Thompson in the meantime. That said, he’s not sure Thompson and his camp would accept this fight.

“Yeah, I mean, if the UFC’s gonna do RDA vs. Woodley, then I guess I am fighting Stephen Thompson on the same card as them. So I’m lined up, so I can get the winner of that next fight after I put choir boy out to the pasture. But you are gonna have to ask [Thompson’s] daddy, if he’s gonna let him fight. I’m not sure if his dad is gonna let him fight.”

Whatever the case, Covington is certain he’ll get his shot eventually.

“I’ve just barely gotten started,” he said. “So, when the dust settles, I still will be here and I will take my throne, because that is my throne. There’s no doubt about it. These guys, they’re running from me.”

Would you be interested in a welterweight number-one contender fight between Colby Covington and Stephen “Wonderboy” Thompson?