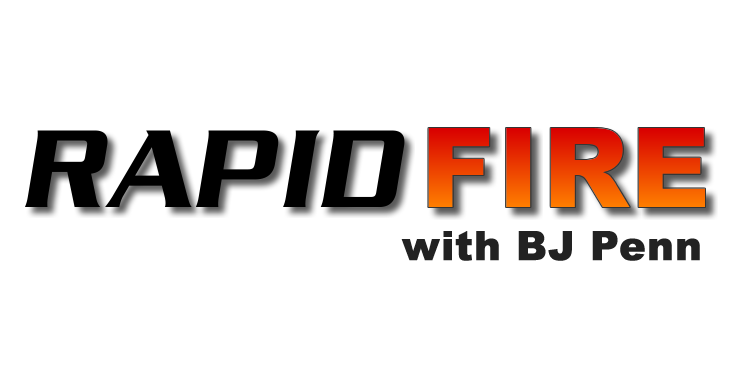 Former UFC lightweight and welterweight champion BJ Penn was a recent guest on BJPENN.com’s “Rapid Fire”, with host Chris Taylor, where he discussed a number of different topics including his comeback fight against Ricardo Lamas which takes place next month in Manila, Philippines.

“The Prodigy”, who has not competed in mixed martial arts since a July 2014 loss to Frankie Edgar, is confident that he will be able to make a run at the UFC’s 145-pound title, this after he scores a finish over Ricardo Lamas on October 15.

The proud Hawaiian also weighed in on his recent offer to fight former rival Georges St-Pierre at 155-pounds. Penn and St-Pierre have a storied history, having fought twice in the past, including a super-fight for the UFC’s welterweight title when Penn was king of the promotions lightweight division.

In addition, Penn gives his reaction to the news of Chael Sonnen signing with Bellator and what he thought of former WWE champion CM Punk’s recent mixed martial arts debut at UFC 203.

What do you think of the statements made by BJ Penn in episode one of BJPENN.com’s “Rapid Fire”? Sound off in the comments section PENN Nation!