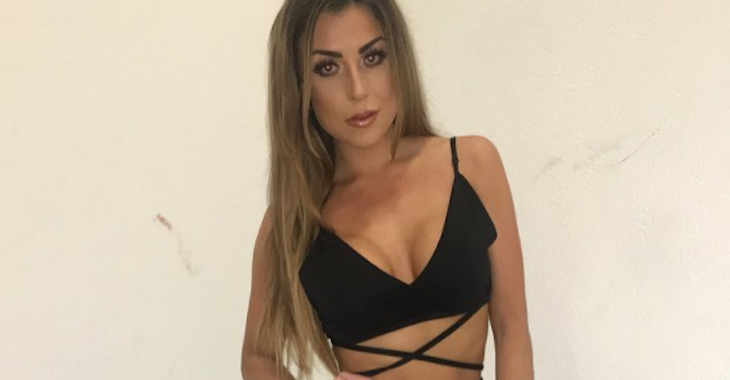 Conor McGregor and Floyd Mayweather’s August 26 mega fight has fans split down the middle. There are those who believe wholeheartedly that Mayweather will be too much for the inexperienced Irishman in the boxing ring, and others that are confident that McGregor can defy the odds and prove his doubters wrong once again.

For the most part, interactions between these two factions of fight fans have been pretty civil, limited to social media debates and the like. Some fans, however, are getting a little bit too heated in the buildup to this massive showdown.

According to a report from Daily Star Sunday (h/t Fansided), one McGregor fan, or group of McGregor fans, threw a brick through the window of an apartment belonging to Abi Clarke, Mayweather’s girlfriend. According to this report, the Brick included a note that read “fuck the Mayweathers” – the same chant McGregor initiated during the Toronto stop of his and Mayweather’s international press tour.

“It was horrific,” an unnamed source told the Daily Star Sunday. “Abi was understandably shaken by what happened. When neighbors went round to offer support she was having a panic attack.”

“It had all come out of nowhere and she didn’t know what to make of it. She was sobbing and shaking.…People have been shouting at her. She’s also had nasty messages on Instagram.”

“[Clarke and Mayweather have] got to know each other really well and like each other a lot. But the events of this week haven’t been easy. She knows if she’s going to continue seeing him she will have to consider her security situation and may have to move for a while.”

Apparently, Clarke was also assailed by a group of men on the street who said ““You plastic slag… You’re loose. Mayweather’s gonna die.”

What do you think of these actions from these Conor McGregor fans?