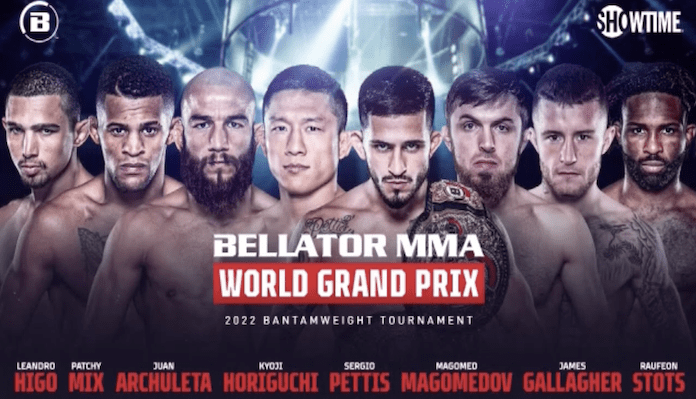 Bellator has officially announced the field for the upcoming eight-man Bantamweight World Grand Prix tournament that takes place in 2022.

Bellator announced its upcoming 135lbs Grand Prix tournament during the Bellator 272 broadcast on Friday night. The field for the upcoming bantamweight tournament includes:

At this point, the favorites to win the tournament would likely be Pettis and Horiguchi, but there are so many other great bantamweights in Bellator that could be sneaky and make this an intriguing tournament that could see several upsets. What is interesting about the tournament is that it features a mix of both strikers and grapplers, so it will be really exciting to see the way the matchmakers book the first-round matchups in the bracket.

Who do you think will win the Bantamweight World Grand Prix tournament?