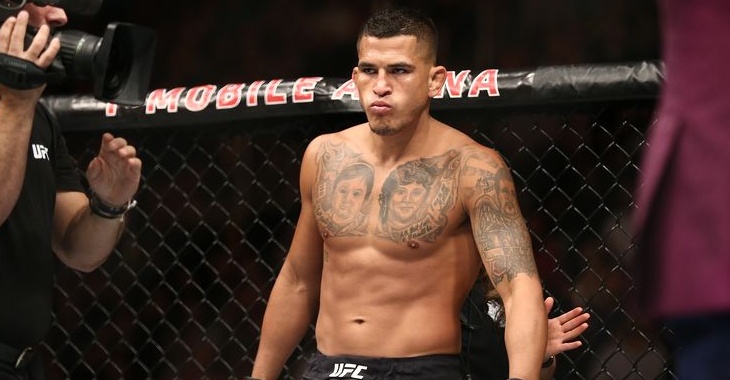 The card is only about half finished but already the UFC’s trip to Brooklyn is looking awesome. UFC 223 is topped with the huge lightweight clash between Khabib Nurmagomedov and Tony Ferguson, with Rose Namajunas defending her new strawweight title against the very woman she took it from, the dangerous Joanna Jedrzejczyk. That should be enough to tune in, but underneath that are just more fun scraps. The latest addition is Michael Chiesa and Anthony Pettis.

It was reported earlier that the fight could be slated for the event, but now it’s official. Michael Chiesa was riding a three-fight win streak before being halted by Kevin Lee, who’s last fight was against now interim lightweight champ Tony Ferguson. Anthony Pettis also recently suffered a loss to contender Dustin Poirier. Both men have wins in their last fights against Jim Miller and both will be searching for redemption at the big card on April 7th.

Other bang-up matches include Paul Felder fighting Al Iaquinta and a wild women’s fight between Felice Gerrig and Karolina Kowalkiewicz. An injury took Brandon Moreno out of his UFC Austin fight with Ray Borg, but the bout has been re-booked for the Brooklyn card as well. Moreno was on an 11 fight win stream before a set back against Sergio Pettis. A win over the last man to fight Demetrious Johnson will put him ever closer to a flyweight title fight. That is, after Johnson settles potential business with UFC bantamweight champ TJ Dillashaw.