Two bona fide legends of MMA will be returning to the UFC’s Octagon when the UFC touches down in Singapore on June 17. The first of these fighters is former UFC heavyweight champion Andrei Arlovski. The second is “The Fireball Kid” Takanori Gomi – the first and only man to hold the PRIDE lightweight title, and one of the greatest lightweights in MMA history.

Arlovski will make his return to the Octagon against 31-year-old Polish prospect Marcin Tybura.

This bout will mark Arlovski’s opportunity to rebound from an unfortunate four-fight losing streak. After rising into title contention in late 2015, he has since been stopped by top-flight foes in Stipe Miocic, Alistair Overeem, Josh Barnett, and most recently, terrifying contender Francis Ngannou. He’s 25-14 in sum.

Tybura will enter this bout with the former champ on a two-fight streak, having rebounded from a failed UFC debut against Timothy Johnson with back-to-back stoppage wins over Viktor Pesta and Luis Henrique. He’s 15-2 overall. 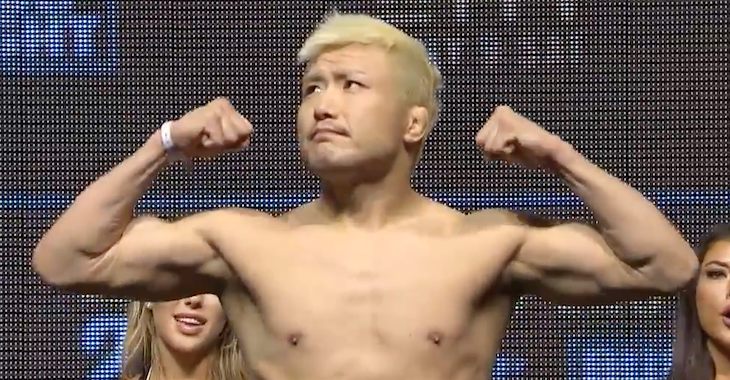 Like Arlovski, Gomi will step onto the canvas in the midst of a rather severe rough patch. In his last three fights, he has succumbed to TKOs dealt by Myles Jury, Joe Lauzon and Jim Miller – all of which occurred in the first round. He’s 35-12 overall.

Tuck, meanwhile, will enter this fight with a 9-4 overall record. In his last two fights, he has lost split decisions to Josh Emmett and Damien Brown.

Also announced for this Singapore card is a flyweight bout between Ulka Sasaki and Justin Scoggins, a bantamweight scrap between Kwan Ho Kwak and Russell Doane, and a heavyweight fight between Cyril Asker and Walt Harris. None of the aforementioned fights will serve as the main event, though a main event should be announced soon.

Do you think Andrei Arlovski and Takanori Gomi can correct their losing streaks in Singapore? Sound off, PENN Nation!