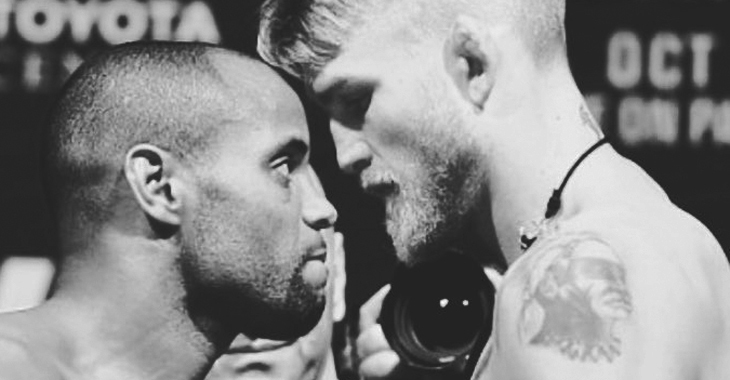 It’s true. Oh, it’s true. Daniel Cormier and Stipe Miocic are going to fight and the world will probably never be the same. Despite how earth-shatteringly insane the match-up is, some people somehow still aren’t in support of it. In all things, especially in MMA, you can’t please everyone even with the most legendary of match-ups. One of those people who aren’t happy, is former UFC light heavyweight challenger Alexander Gustafsson.

“Daniel Cormier is fighting Stipe [Miocic]? Well, stop running and fight me. Don’t even think about giving the fight to anyone else. I have been quiet. I had a tough time after my last fight (injury etc.) but I’m next in line and the [Cormier] fight is mine. Come on, let’s have a another dance for the fans, UFC.” — Alexander Gustafsson via his official Facebook.

“Daniel [Cormier] knows I’m here to stay, that I’m waiting for my rematch against him. I’m not in a hurry. I’ve had longer stretches between fights than this. I’ll be fine. I want the belt. I want a title fight. We’ll see if Volkan [Oezdemir] versus Cormier gets confirmed. Then I’ll fight the winner and I’m pretty sure I’ll fight ‘DC.’ […] He’s going to put him on his ass. He’ll take him down and dominate on the ground. Volkan is sort of like Anthony Johnson — a power puncher. We haven’t seen much of his ground game.” — Alexander Gustafsson speaking to Viaplay Fighting back in October of 2017.

Alexander Gustafsson has been sitting on the sidelines since his knockout of Glover Teixeira back in May of last year, but he’s been gearing up for a return. With the future of Jon Jones up in the air, Gustafsson has said the only fight that makes sense to him is a rematch with Daniel Cormier. Aside from a loss to Phil Davis back in 2010, the only fighters the Swede has lost to has been Jon Jones, Anthony ‘Rumble’ Johnson, and Cormier himself.