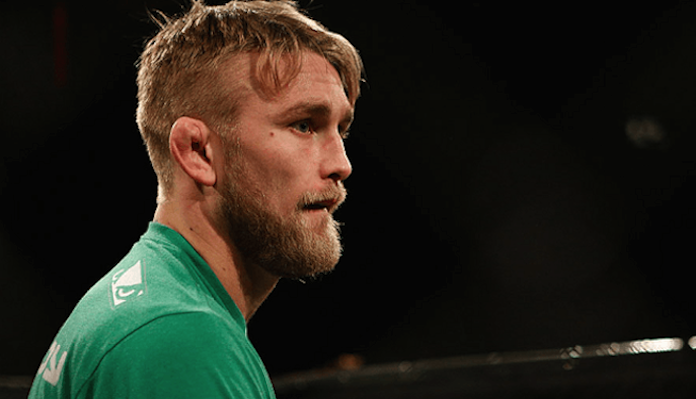 On Monday’s edition of The MMA Hour, Gustafsson expressed his frustration with Cormier’s departure from the division – even if it’s only temporary.

“I’ve been a little bit frustrated,” Gustafsson said. “I was counting on the DC fight. Me and him fighting for the belt again, that was my plan. That was my plan basically, and it didn’t end up like that, so it’s been a little bit frustrating. I’ve been injured for awhile too. I got injured not long after the fight I had against Glover [Teixeira], so I’m really motivated. I’ve been out for awhile and I’m just tired of being out such a long period of time. I just want to be active and I feel the fire and I feel the motivation.”

“And now when [Cormier] goes up a weight class, we’re just sitting there on the sideline watching everything happen. So I’m a little bit frustrated, a little bit disappointed.”

Gustafsson went on to say that he feels Cormier is playing it safe by fighting Miocic. In his opinion, the light heavyweight champ has plenty to gain in victory, but not much to lose in defeat.

“He knows I’m here and he knows I’m waiting for him,” he said. “It feels like he’s just playing it safe, and he has everything to gain in that [UFC 226] fight and nothing to lose.”

Whatever the case, Gustafsson wants a do-over with Cormier – and he seems prepared to head North to heavyweight himself to get it.

“Maybe I need to eat a little bit more food or go up one weight class too,” Gustafsson said. “I don’t know, let’s see what happens. I just want to have another good run with him, and he has the belt, he has what I want. I hope he comes down. If he doesn’t, then we’ll have to sort it out somehow.”

What do you think of Alexander Gustafsson’s comments on Daniel Cormier? With Daniel Cormier temporarily unavailable, who would you like to see him fight?