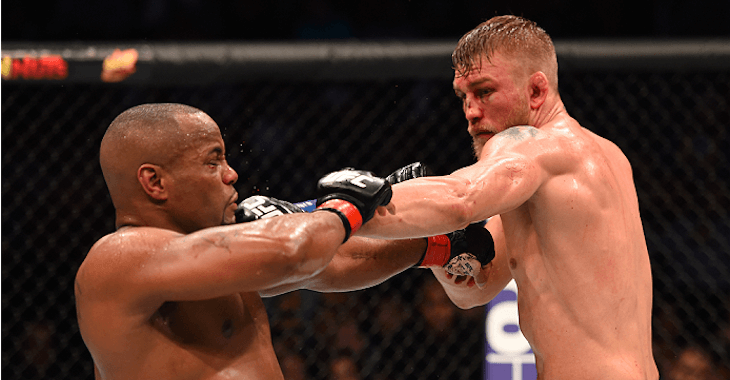 Former UFC light heavyweight title challenger Alexander Gustafsson plans to sit out and wait for the winner of Daniel Cormier vs. Volkan Oezdemir.

Volkan Oezdemir is expected to challenge Daniel Cormier for his UFC light heavyweight title in early 2018.

“The Mauler” revealed his willingness to remain on the sidelines while waiting for the “DC” vs. “No Time” title fight winner in a recent discussion with Viaplay Fighting.

“Daniel (Cormier) knows I’m here to stay, that I’m waiting for my rematch against him,” Gustafsson told Viaplay Fighting. “I’m not in a hurry. I’ve had longer stretches between fights than this. I’ll be fine.”

Although the Cormier vs. Oezdemir fight has not been made official, Gustafsson is pretty sure which man will emerge victorious when the two top light heavyweights collide.

“I want the belt,” he said. “I want a title fight. We’ll see if Volkan vs. Cormier gets confirmed. Then I’ll fight the winner and … I’m pretty sure I’ll fight ‘DC.'”

The Swedish superstar continued by praising his former opponent (Cormier) as the better all around fighter when compared to Volkan:

“Volkan does have a puncher’s chance,” Gustafsson stated. “He’s not someone you want to underestimate. He’s a power puncher. But ‘DC’ is the better fighter. Cormier can take a punch. He has the cardio. He is a better mixed martial artist than Volkan. So I see ‘DC’ winning the fight.”

“He’s going to put (Volkan) on his ass! He’ll take him down and dominate on the ground. Volkan is sort of like Anthony Johnson – a power puncher. We haven’t seen much of his ground game. And I think ‘DC’ will take him down.”

What do you think of Alexander Gustafsson’s decision to sit out and wait for the winner of Daniel Cormier vs. Volkan Oezdemir which is a title fight expected to occur in early 2018? Sound off PENN Nation!