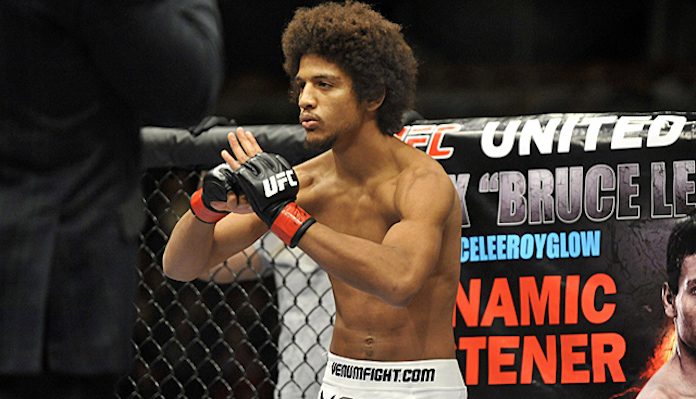 Alex Caceres (13-11 MMA) is one of the most exciting fighters in the UFC’s stacked featherweight division.

The 29-year-old will return to action at next weekend’s UFC 223 pay-per-view event in Brooklyn where he will square off with fellow mixed martial arts veteran Artem Lobov.

Caceres has gone 3-3 over his past six octagon appearances, his latest being a split-decision setback to Wang Guan this past November in Shanghai, China.

Caceres recently explained to BJ PENN Radio’s Jason Kinch why he expects to “get a lot of love” from fans during his fight with Conor McGregor teammate Artem Lobov at next weekend’s highly anticipated UFC 223 event.

“I’m very excited. I’m excited to get to compete in Brooklyn. I’ve been to New York. I’ve been to Manhattan before, once. But Brooklyn sounds like a good place. I know there’s a huge Dominican fan base out there. Me being half Dominican, I feel like I’m gonna get a lot of love out there. I don’t know, it’s gonna be really fun man, I can’t wait. It’s really up my alley.”

As for how he expects his bout with “The Russian Hammer” to play out, Alex Caceres had the following prediction.

“Bruce Leeroy” went on to explain why he has opted against utilizing trash talk during his professional mixed martial arts career.

“I have nothing but respect for these guys,” stated Caceres. “If my opponents weren’t there, I couldn’t do what I love to do.”

Who do you think will emerge victorious when Alex Caceres and Artem Lobov throw down at next weekend’s UFC 223 event in Brooklyn? Sound off PENN Nation!