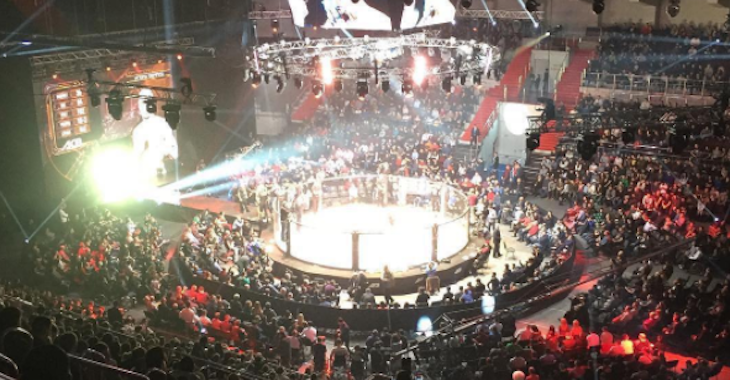 At a glance, Absolute Championship Berkut (ACB) is one of the most exciting up-and-coming promotions in mixed martial arts. Under the magnifying glass, however, the promotion oozes with hatred, bigotry and homophobia.

Most of this ugliness can be traced to the promotion’s owner and primary funder, Mairbek Khasiev. The latest example of Khasiev’s bigotry occurred in a recent post to Instagram. In this post, the ACB owner explained that his promotion would not be partnering with sports apparel titan Nike because of the promotion’s support of LGBTQ rights. In this post to Instagram, Khasiev referenced the brand’s refusal to work with Manny Pacquiao after the boxer compared homosexuals to animals in early 2016.

“‘Women were created for men and men for women. Do you see animals mating with the same sex? If we allow gay marriage, a man worse than an animal.’ – Manny Pacquiao said. After these words, Nike broke a contract with Manny!!!” Khasiev said (H/T @bayginavukat and Karim Zidan of BloodyElbow). “Friends, for a few months we have had negotiations for a Nike sponsorship with ACB but after such a demarche on the part of well-known company, I consider it beneath our dignity to have any relationship with them! I add to all this one expression – “Sometimes the devil is afraid of the thoughts within a f****t’s head.”

As Karim Zidan of BloodyElbow reports, this is not the first time Khasiev has belched out hate-speech. Several months ago, the Chechen promoter referred to the Ossetians (an Iranian ethnic group) as “Iranian Jews.” Given the widespread imprisonment and execution of gay men that is currently occurring in the Chechen Republic, Khasiev’s comments are even more unsettling.

With these comments, the promoter has once again cast a shadow over what would otherwise be a fantastic mixed martial arts promotion in ACB.