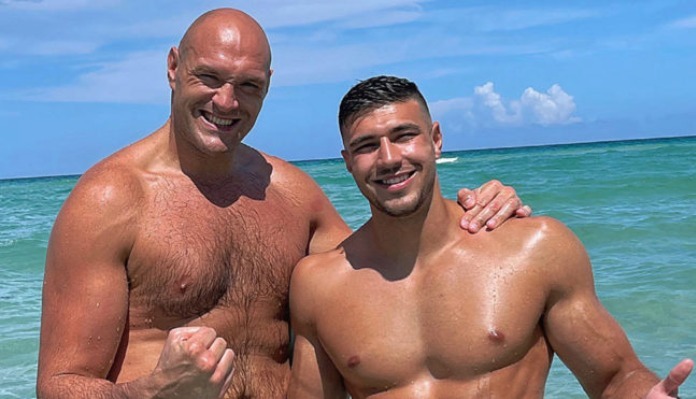 Tommy and Tyson Fury sent a warning to YouTuber-turned-boxer Jake Paul ahead of their upcoming fight, announcing that “Camp Sparta has begun!”

Tommy Fury steps into the ring next month when he takes on Paul in what is likely going to be the toughest fight of Paul’s boxing career. Although Paul does have wins over the likes of former UFC fighters Tyron Woodley and Ben Askren on his resume, Fury is an actual boxer so this would be a much bigger win if he gets it. Of course, that isn’t going to be easy to do, because Fury is one heck of a boxer himself. Not only is he young and talented, but he is also brothers with Tyson Fury, who is one of the best boxers in the world. So Paul is going to have an uphill climb, and the Furys want to let him know that.

Taking to his social media this week, the elder Fury said that the fight camp for his younger brother has begun and he posted a video of them hyping up the fight with Paul.

THE PAULS ARE GETTING IT! DOSSERS! CAMP SPARTA HAS BEGUN! 😤 @tommytntfury @jakepaul pic.twitter.com/XlNF5U901d

THE PAULS ARE GETTING IT! DOSSERS! CAMP SPARTA HAS BEGUN!

It will be an intriguing matchup when Paul and Fury meet next month. Paul has looked great so far in boxing, but he has not been fighting people with actual professional boxing experience. Although Fury is not a world champion by any means, he is still a very skilled boxer who punches hard and who has more experience in the ring than Paul. Fans were saying they wanted to see Paul get a step up in competition, and now he is getting it.

Do you think Tommy Fury will be able to defeat Jake Paul in their boxing match, especially with his brother Tyson Fury in his corner?