Jake Paul’s victory over Anderson Silva could net him a boxing match with Nate Diaz, but he’s not worried.

‘The Problem Child’ returned to the ring on Showtime pay-per-view last Saturday. In another battle of Paul vs. MMA, the YouTuber prevailed. While Anderson Silva battled well, a late flash knockdown resulted in the legend losing on the scorecards.

Following the victory, the Ohio native called for a fight with another MMA fighter, Nate Diaz. The Stockton slugger finished out his UFC contract following a win over Tony Ferguson and has shown an interest in moving to the boxing ring. Diaz reportedly got into a brawl with Team Paul last weekend as well.

In the event the massive fight happens, Jake Paul remains confident it won’t be very competitive. On The MMA Hour, the YouTuber admitted that his fight with ‘The Spider’, was likely more competitive than his fight with Diaz would be.

Regardless, the 25-year-old seems intent on making the fight happen. Given that the former UFC welterweight has no other obligations, it could happen next year. 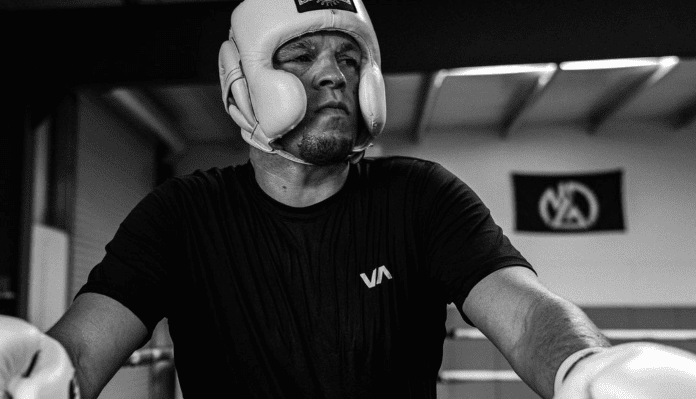 “He’s actually out of his UFC contract, I would be down,” stated Paul on The MMA Hour with Ariel Helwani. “I just beat one of the greatest MMA fighters of all-time, Nate Diaz is easy work. Anderson Silva is way more difficult than Nate Diaz. He’s slow, at the end of his career, he’s lost it, as far as striking. Maybe he still has his jiu-jitsu, but as far as striking goes and all that, he’s a street fighter.”

He continued, “Boxing’s like a purest sport. It’s an art. You can’t come in and street-fight someone in a boxing match. Anderson has length, the height, Anderson hits harder, is more slippery and has better head movement, the list goes on.”

It seems that oddsmakers agree with the YouTuber’s assessment. Paul has recently opened as a huge favorite for his possible clash with Diaz.

What do you make of Jake Paul’s comments? Do you agree? Sound off in the comment section below PENN Nation!

This article appeared first on BJPENN.COM
Previous articleJake Paul believes win over Anderson Silva “definitely” gained him respect with the MMA community
Next articleHenry Cejudo shifts focus away from Aljamain Sterling to Sean O’Malley: “How about me vs. Ronald MethDonald for an interim in Australia?”
© Newspaper WordPress Theme by TagDiv