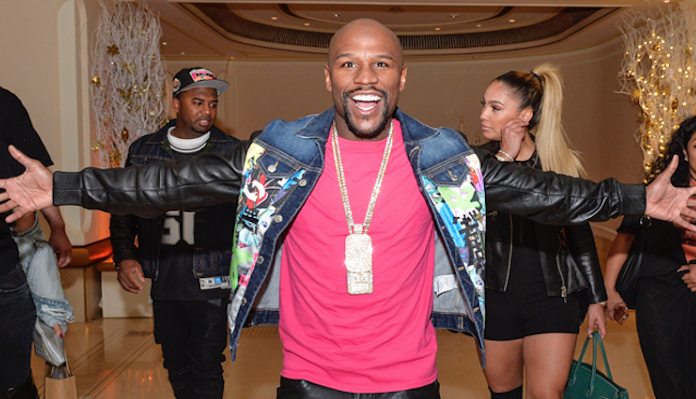 In the year 2018, when so few things seem to make any sense, one of the most talked about stories in combat sports has been undefeated boxer Floyd Mayweather’s potential move to MMA. While this narrative was initially met with widespread skepticism, Mayweather, his team, and even UFC President Dana White have continued to throw gas on the fire, assuring that it could actually happen.

White’s latest comments on Floyd Mayweather’s possible move to MMA occurred on The Jim Rome Show, where he once again claimed it was a real possibility. On the show, White explained why he can envision an MMA rematch between Mayweather and UFC star Conor McGregor, who the boxer defeated in the ring back in August.

“I think yes [he could fight in the UFC],” White said (h/t MMAJunkie). “I didn’t think the first fight would happen with Mayweather. All I’d ever see was the stuff that went on with him and [Bob] Arum and how they couldn’t get the [Mayweather vs. Manny] Pacquiao fight done. Then once I got in and started negotiating with these guys [and] they’re smart guys. They’re easy to deal with, and from what I thought it was going to be, it was much easier. So yeah, I could see this happening.”

While White seems to be a bit of a dreamer when it comes to Mayweather moving to MMA, he’s also a realist with respect to assessing Mayweather’s chances in the cage. When pressed about how the boxer would perform in MMA, he admitted he probably doesn’t have much of a chance.

“Anyone can get caught on any given day,” White said. “But I think (an MMA fight) goes very badly for him.”

Before any potential move to MMA occurs, Floyd Mayweather has said he’d like to do roughly eight months of training to brush up on his wrestling, jiu jitsu and kicking. Interestingly, he’s enlisted the help of UFC welterweight champ Tyron Woodley to help him do so.