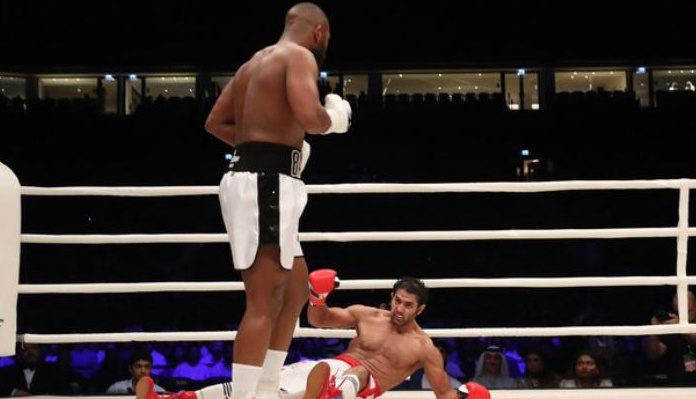 Badou Jack extended his current win streak to four in a row tonight in Abu Dhabi scoring a nasty first round KO over Hany Atiyo.

Jack (26-3-3), a former WBC super-middleweight champion, was returning to action for the first time since earning a second round knockout victory over Samuel Crossed in November of 2021.

Meanwhile, Hany Atiyo (15-4) had last competed in November of 2020, where he suffered a fifth round TKO loss to Lambert Fogoum. The Egyptian’s most recent win had come way back in 2016, A TKO victory over Medhat El Housny.

Tonight’s Jack vs. Atiyo fight did not make it past the opening minute. ‘The Ripper’ was able to connect with a devastating leaping left hook in the early moments of the contest which sent the ‘Egyptian Hurricane’ crashing to the canvas.

Check out the nasty finish below courtesy of @TalkinHands101:

Badou Jack was a big favorite heading into tonight’s contest with Hany Atiyo and justified those odds with his spectacular performance.

Who and when Badou Jack will fight next remains to be seen but the 38-year-old is clearly still has some fight left in him.

In addition to Jack vs. Atiyo, tonight’s ‘Mayweather vs. Moore’ event also featured the return of Anderson Silva who squared off with Bruno Machado in an eight-round exhibition match.

‘The Spider’ scored a fifth round knockdown in the contest (see that here), but the fight ultimately went the distance and thus no official winner was named.

What did you think of Badou Jack’s leaping left hook KO?